How are Alzheimer’s and Dementia Different?

A better understanding of dementia will help you (or a loved one) get the right diagnosis and treatment. 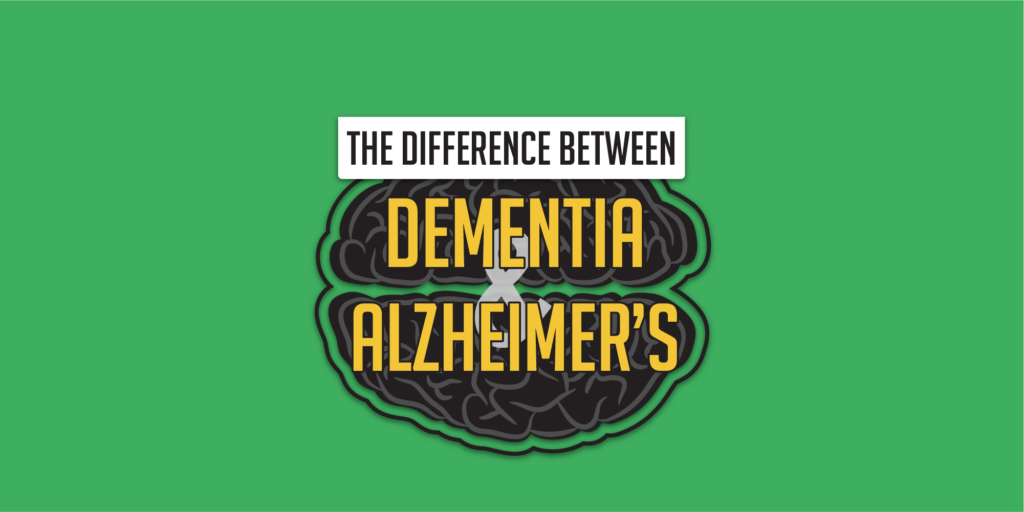 Many of us use the terms “Alzheimer’s” and “dementia” as if they mean the same thing.

“Many people do think that they’re interchangeable, but there are differences,” Claire Sexton, D.Phil., director of scientific programs and outreach for the Alzheimer’s Association, points out. Knowing the difference can help you (and in turn, your loved ones) navigate the world of brain health a little more easily and get the right diagnosis, according to Prevention’s recent article entitled “What’s the Difference Between Dementia and Alzheimer’s Disease?”

“Dementia is an umbrella term for a range of diseases that are characterized by cognitive decline—and then Alzheimer’s disease is the most common type of dementia under that umbrella,” says Zaldy S. Tan, M.D., M.P.H., director of the Cedars-Sinai Health System Memory and Aging Program. Therefore, while they’re related, they’re not interchangeable terms.

Dementia as a whole is tricky because “there’s no questionnaire that you can fill out and say, ‘Oh, I have this type of dementia,’” says Dr. Tan. “It’s very complex and the presentations vary from person to person, so if you have two people and they both have Alzheimer’s disease, their presentation may be quite different.”

It’s estimated that 60 to 70% of people with dementia have Alzheimer’s disease, according to the World Health Organization. However, the remaining 30 to 40% of dementia cases are comprised of a wide variety of conditions.

Dementia is simply an umbrella term that refers to any condition that impairs cognition, but there are many conditions that can limit brainpower. Alzheimer’s is the most common one.

However, he says, a person diagnosed with another form of dementia may still be prescribed a drug that’s designed to treat Alzheimer’s disease. “The reason is that Alzheimer’s can co-exist with other forms of dementia and treating it with these medications may help the overall memory or thinking of the person,” says Dr. Tan.

At its onset, Alzheimer’s tends to affect more of your learning and memory than other types of dementia, which might be more likely to affect planning or language. In the brain of a person with Alzheimer’s, there are buildups (often referred to as plaques) of beta amyloid protein fragments between nerve cells, as well as tangles of the protein tau inside cells.

As the disease progresses and more of the brain is impacted, a person may experience behavior changes, confusion, delusions and difficulty speaking or walking. Other types of dementia can progress differently, depending on what parts of the brain are affected.

If you believe that you’re experiencing any warning signs of dementia, see a physician and request a cognitive assessment at your annual physical, so your results can be compared year-over-year and declines can be identified and addressed right away—just like a colonoscopy, blood pressure screening, or cholesterol testing.

Can I Protect My Inheritance from Divorce?

What Assets Belong in a Living Trust?

What Shouldn’t Be Put in a Will?

Request to Speak With an Attorney at Carol L. Grant, P.A., where We Change and Protect Lives Through Law
Book a Call